The world-renowned Austrian musician and conductor Nikolaus Harnoncourt (75) and the American scientists George H. Heilmeier (69) and Simon A. Levin (64) have been awarded the 2005 Kyoto Prizes. The Kyoto Prize is presented for extraordinary lifelong achievements in the areas of Advanced Technology, Basic Science and Arts and Philosophy. It is one of the highest international awards for services to science and culture.

The award, which comes with a prize money of 50 million Yen (around Euro 400,000) for each category, is one of the world’s highest honours in this sector, alongside the Nobel Prize. It was founded in 1984 by Kazuo Inamori, the founder of the Japanese technology group Kyocera. The award ceremony will be held on the 10th of November in Kyoto, Japan. 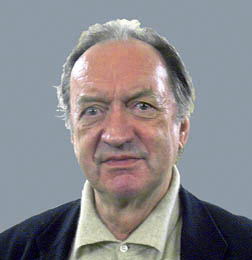 Nikolaus Harnoncourt
Nikolaus Harnoncourt enjoys tremendous success as a conductor both in the symphony repertory and in concert halls, working with world-famous orchestras such as the Vienna and Berlin Philharmonic and the Chamber Orchestra of Europe. The cellist and founder of the Ensemble for Old Music, the „Concentus Musicus Vienna“, is particularly devoted, as a musician, to the music from the period between the Classic and the Romantic era. By studying the historical performance
methods and using original instruments, he recreates the original sounds of these days. For many years, Harnoncourt taught performance practice and the
art of historical instruments as Professor at the Mozarteum University in Salzburg. The artist, among other honours, has also received a Grammy Award and the Knight Commander’s Cross of the Order of Merit of the Federal Republic of Germany. 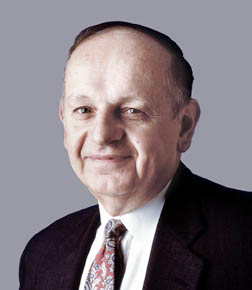 George H. Heilmeier
George H. Heilmeier, the prizewinner in the category of advanced technology, is acknowledged as the pioneer in the development of liquid crystal displays, or LCDs as they are today known. In 1968, the scientist, who obtained his Ph.D from the US university of Princeton, unveiled the first LCD prototype in a digital watch. Heilmeier has also been head of the research laboratory within the US Defence Ministry (DARPA) and head of research at Texas Instruments. 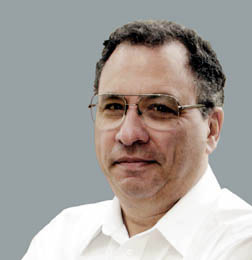 Simon A. Levin
Simon A. Levin, the ecologist and evolutionary biologist honoured in the category of Basic Sciences, devotes his research activities to, among others, the application of
mathematical models to ecosystems, thus offering a better insight into them. He created the field of “spatial ecology” by using mathematical models to understand the complex patterns of the biosphere comprehensively. His findings have led to a complete rethink of the subject of ecology. He is Professor of Biology at Princeton University and the winner of the renowned Heineken Prize for Environmental Sciences from the Royal Dutch Academy of Sciences.

The Kyoto Prizes were established in 1984 by Kazuo Inamori, Founder of Kyocera Corporation, in line with Dr. Inamori’s belief that man has no higher calling than to strive for the greater good of humankind, and that mankind’s future can be assured only when there is a balance between our scientific development and our psychological maturity.
The Prizes are awarded annually by the Inamori Foundation. Among world known award winners the German philosopher Jürgen Habermas, artists Maurice Béjart and Roy Lichtenstein, film director Akira Kurosawa, architects Renzo Piano and Tadao Ando, and primate researcher Jane Goodall have received
the Kyoto Prizes so far.