Kyocera solar modules – a good choice from all points of view

Kyocera have been developing and manufacturing photovoltaic modules for nearly 45 years. Our modules have been used in countless consumer and commercial applications and in large installations worldwide.

Are you looking for a replacement module because hail, storm, thunderstorm or another event caused some damages?

Non-profit Fraunhofer Center for Silicon Photovoltaics CSP (Halle, Germany) disclosed in 2012 the test results of its potential induced degradation (PID) test which demonstrated that Kyocera’s modules did not show any degradation after being subjected to high voltage stress testing. The results of this third-party test illustrate the high quality and high reliability of Kyocera’s modules — which are born of the company’s 45 years of experience in the industry and its quality-focused manufacturing process.

Potential induced degradation (PID) is a phenomenon where the power output of a solar module is reduced when exposed to high negative voltage bias between the cells and ground. PID can potentially affect the performance of individual modules as well as the overall power output and efficiency of an entire solar power generating system. The resistance to, or intensity of, power output degradation in different companies’ modules can vary greatly, as shown by Fraunhofer CSP’s testing.

In 1984, Kyocera Solar installed a 43-kWp test system in Sakura, Japan. The modules are still achieving excellent results. With an average degradation of just 9.6% after 25 years, the test system provides a very impressive example of real-life operation. It is notable that these excellent results are achieved by modules produced using the materials and technology available at the time of manufacture. The results are evidence of the above average service life of our solar cells. 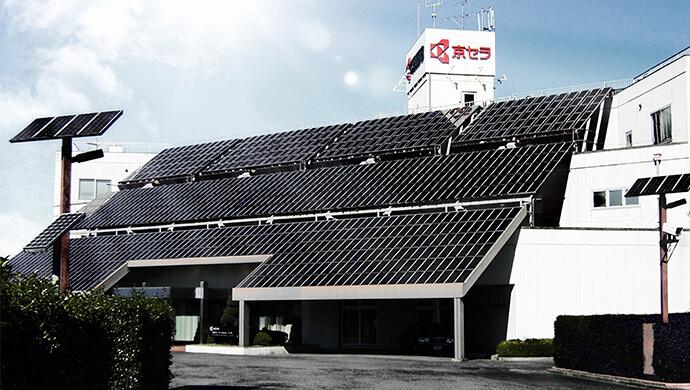 Figure was calculated based on performance data using a variety of external conditions. (Based on the measurements of 29 modules in the system by using Kyocera's power output measurement standard.)